You are here: Home » Public and Media » All events on faculty » The work of a hotel manager in Slovakia and in the German-speaking countries

It has been a great experience attending a lecture on 16 October 2018. The presentation was about the work of hotel managers in Slovakia and in the German-speaking countries. Our lecturer was Ing. Ivan Repinský, who graduated at Matej Bel University in

Banská Bystrica. He was talking about his work experiences, which he gained during his university years. His first foreign compulsory practice was in Hotel Ruchti’s, where besides his workplace duties he had some time visiting interesting places. His next stop was an intensive summer course at the Swiss School of Tourism & Hospitality in Schwitzerland. He had the option to enrich his knowledge not only with theoretical but also with practical experiences. The multigenerational hotel Elmer Elm was a big challenge for him, because of the language barriers, he had problems understanding Swiss German. Switzerland had amazed him so much, that he wanted to stay there after the school, so he did and stayed there for his first winter season. Things were not going really well for him there, so he had to come back to Slovakia searching for a new job. He got a job opportunity in Hotel Sitno Vyhne as a business manager. He had to communicate with the guests in German, English or Slovak languages, show the hotel to them and organise events. After three months of working in Slovakia, he went to work abroad. He had an opportunity to work at Hotel Kempinski in Dresden and got a contract for 18 months including visitation of partner hotels outside Europe, for e.g. in Dubai. Nowadays he works in Austria in the hotel Der Berghof as the manager of the restaurant.

The presentation was very inspiring and taught us not to be afraid of working abroad. 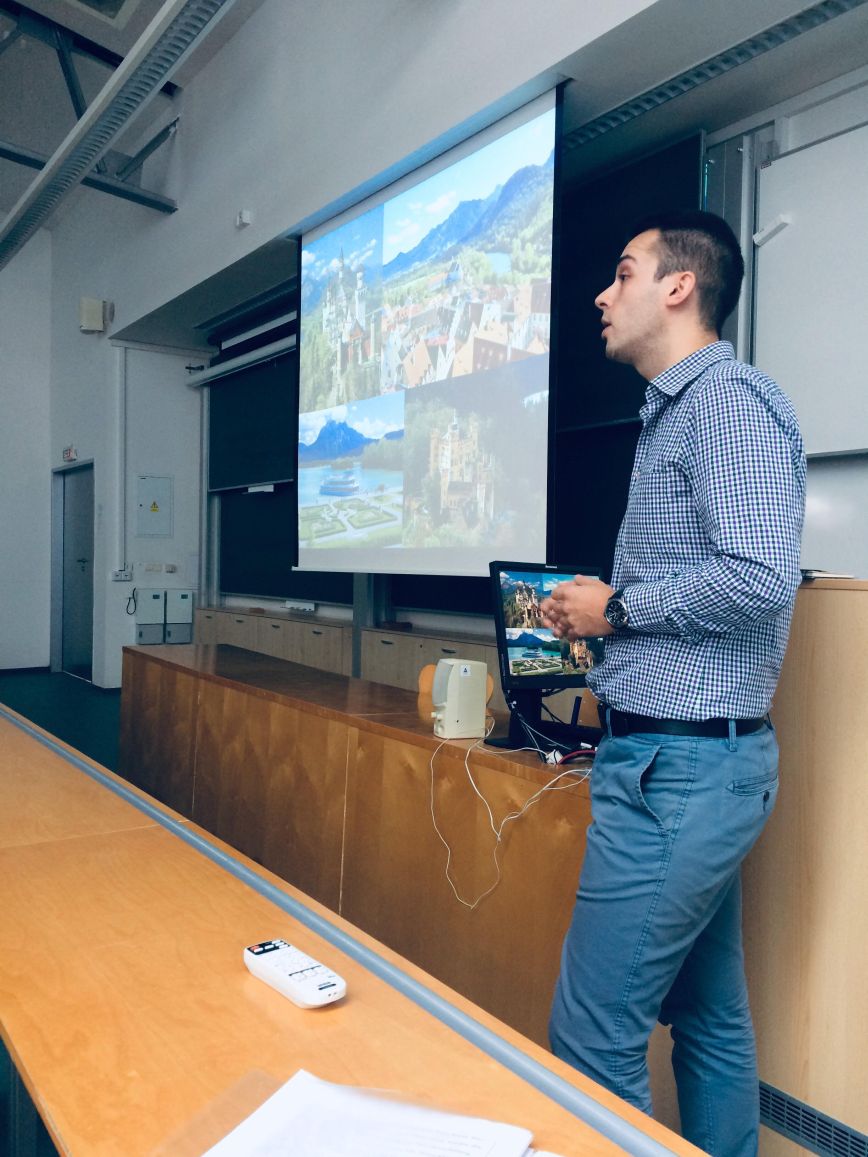 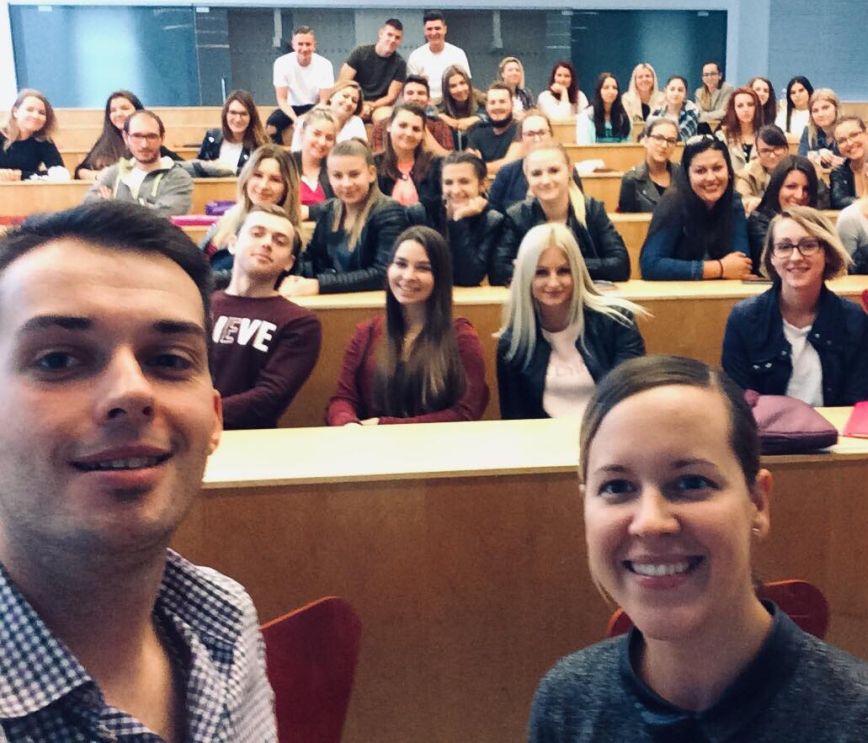 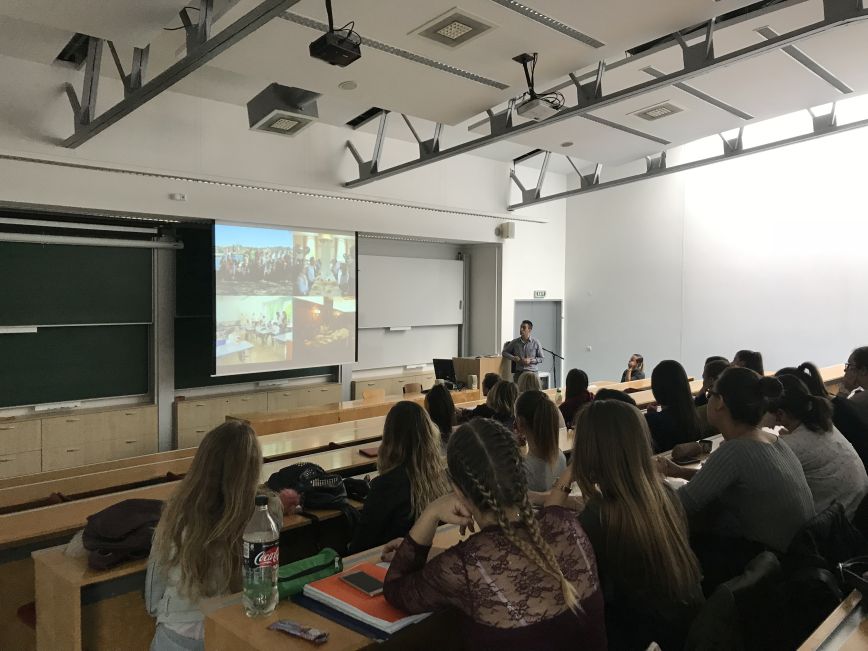 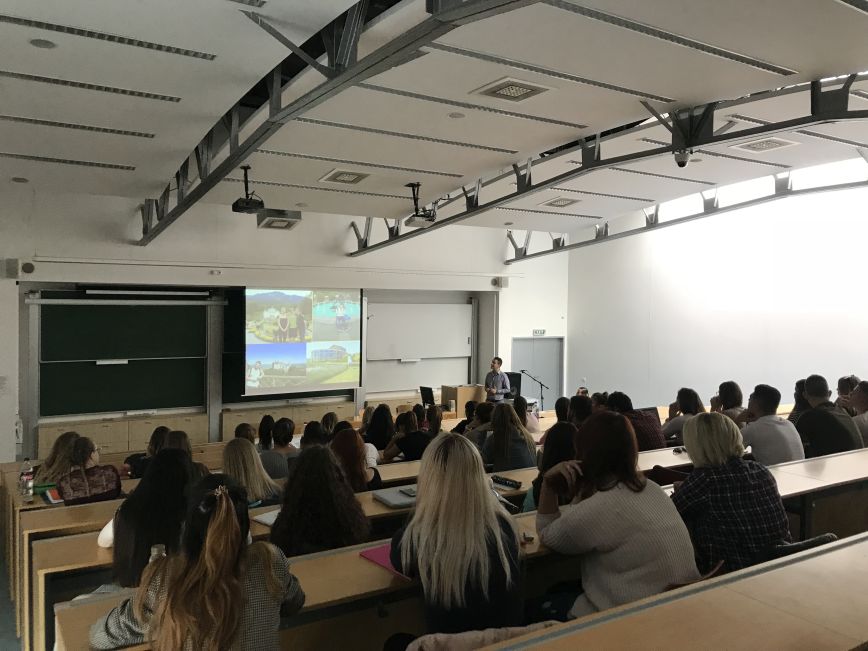