You are here: Home » Public and Media » All events on faculty » The world of tastes and scents of Nitra region

The world of tastes and scents of Nitra region

The students of the Department of Tourism at the Faculty of Central European Studies of Constantine the Philosopher University in Nitra, under the supervision of Ing. Ľudmila Mazúchová, PhD., within the subject of Gastronomy, organized a gastronomical event called “The Flavours and Scents of the Nitra region“, which was held on 15 November 2018.

Invitations were accepted by the management of the faculty as well as doc. PaedDr. Jana Duchovičová, PhD., (Vice-Rector for Academic Affairs of CPU), RNDr. Ladislav Szekeres, PhD., (Vice-Dean for Education of the Faculty of Central European Studies), PhDr. Zuzana Palenčíková, PhD., (Head of the Department of Tourism at the FCES), and many other guests.

The event was opened with the words of our classmates, Dominik Prílepok and Boglárka Szakóová, and during the programme we could enjoy the musical performances of the students of the Department of Music (Faculty of Education), namely Alexandra Kochanová, Petra Jakubíková and Jana Rakúsová, and their teacher, Mgr. Viktória Nagyová, PhD. At the end of the first part, Rastislav Masrna, the sommelier of the event was introduced. He told us about his work in Dubaj and in one of the most prestigious Asian restaurants in Slovakia. In addition, the sommelier pointed out some basic information on wine labels, the appropriate way of opening and serving the wine. Then the degustation of the wine from a well-known Slovak producer began, during which we examined the colour, viscosity, scent and taste of the introduced types. We also tasted white and red grape juice.

The final part of our event was the presentation of regional specialities, such as traditional keltýš (sweet pastry made from sprouted wheat or rye grain), lečo (thick vegetable ragout or stew which features peppers, tomato and onion) with Gypsy bread (an unleavened flatbread), potato frikadeller with goat cheese and sour cream, crackling strudel, kľúčový koláč (sweet braided bread), poppy and apple strudel, clove cakes. Altogether students presented 15 traditional specialities, their ingredients and traditions which are connected with their preparation. At the end of the programme, the guests were invited to taste the presented traditional dishes.

We really enjoyed the preparation of this event. We learnt interesting information about wine and tasted delicious traditional specialties. We are looking forward to another similar event. Thank you. 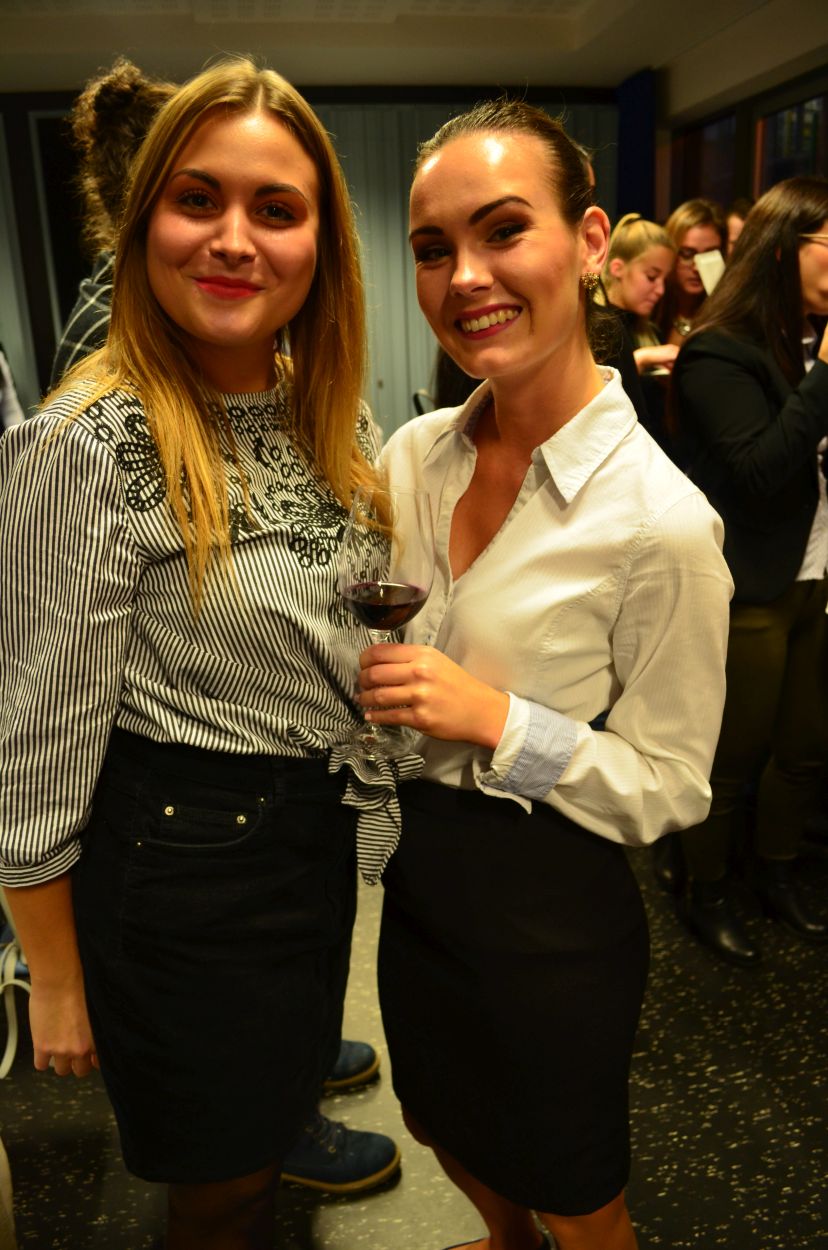 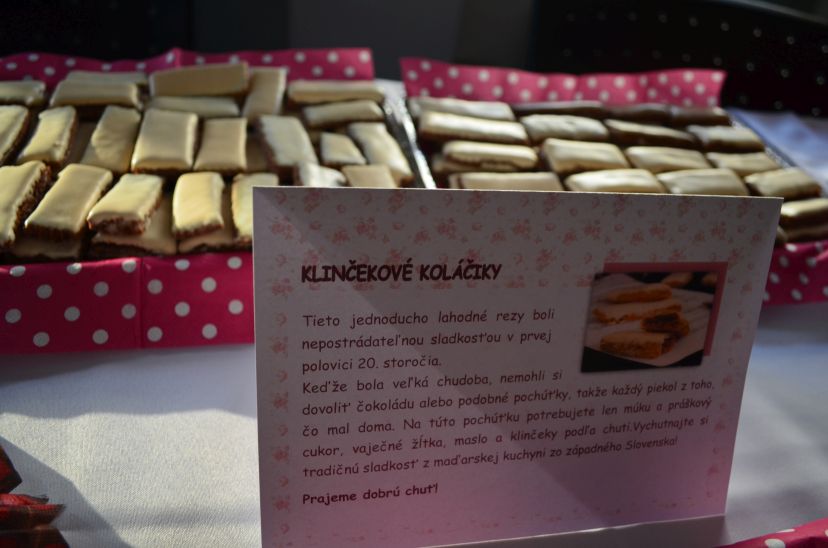 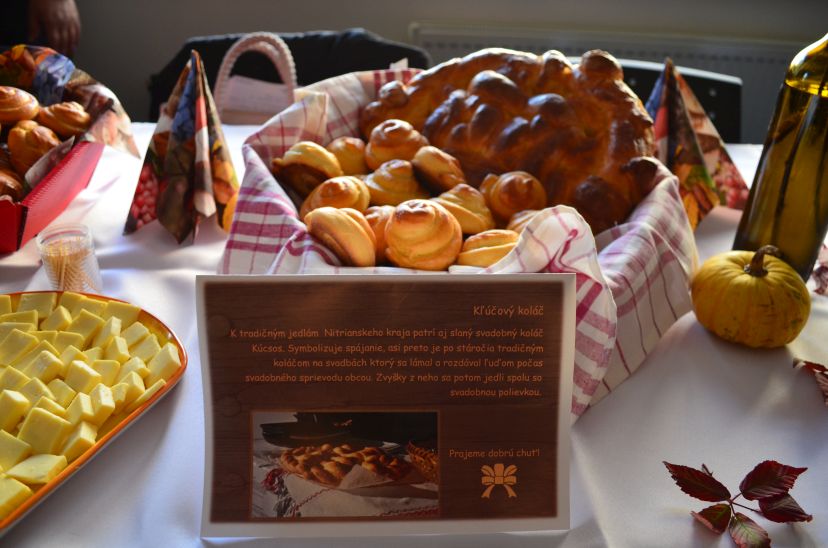 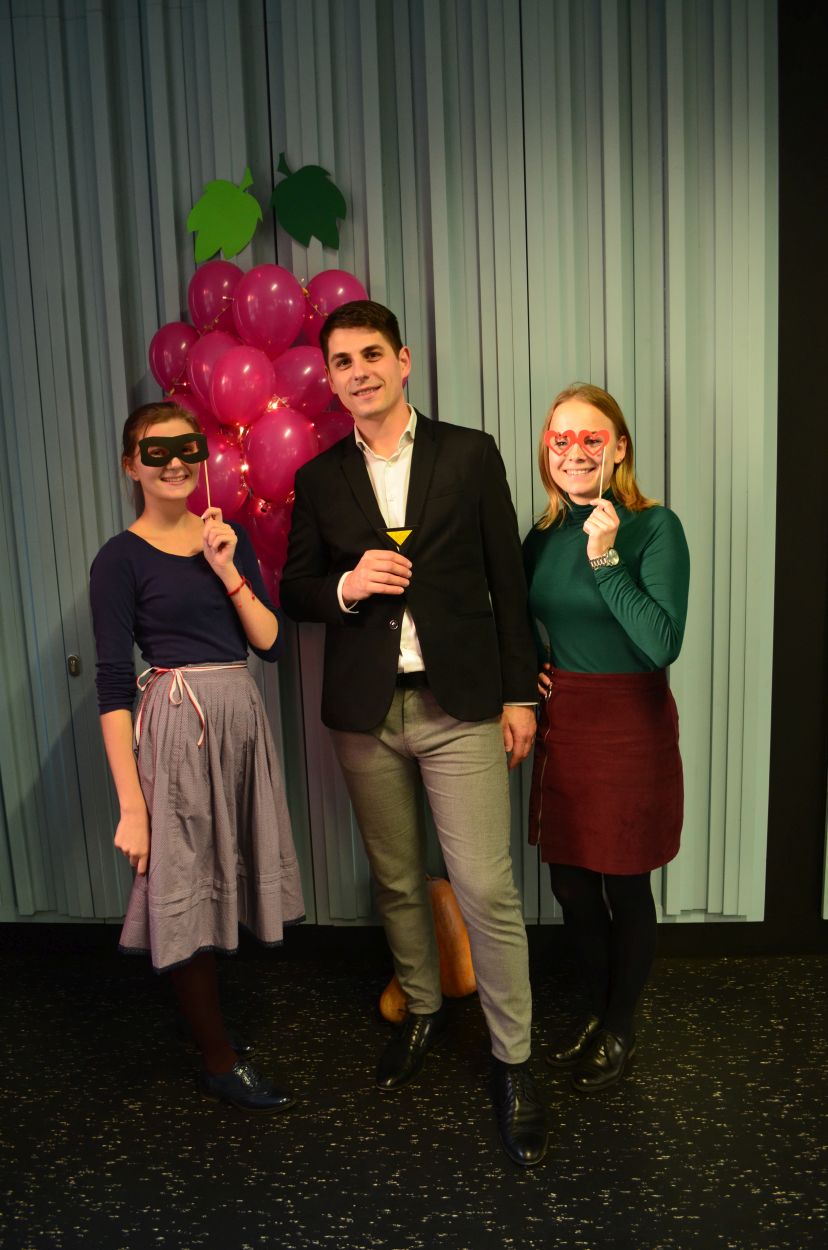 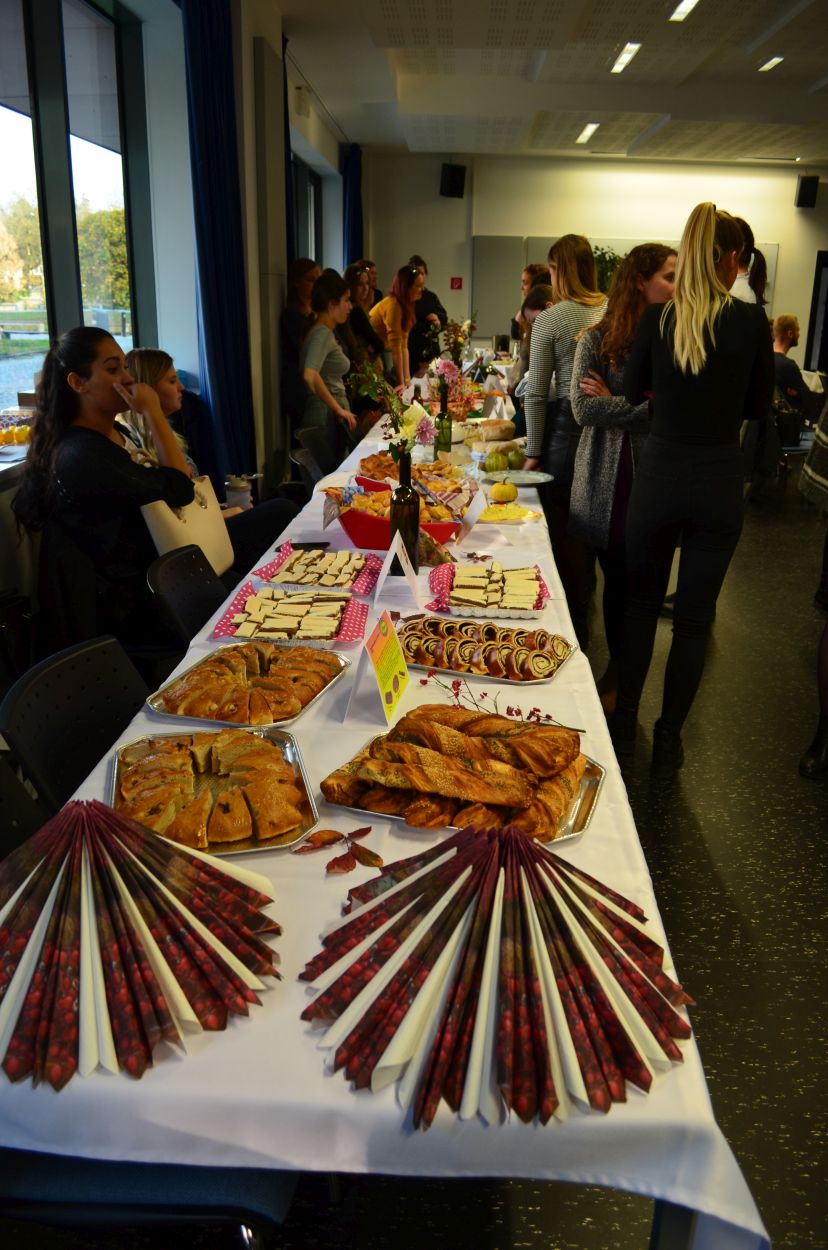 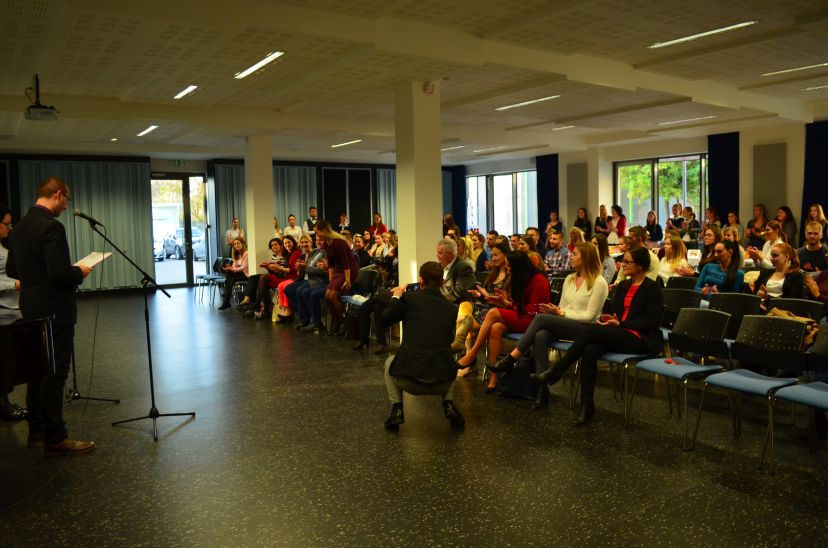 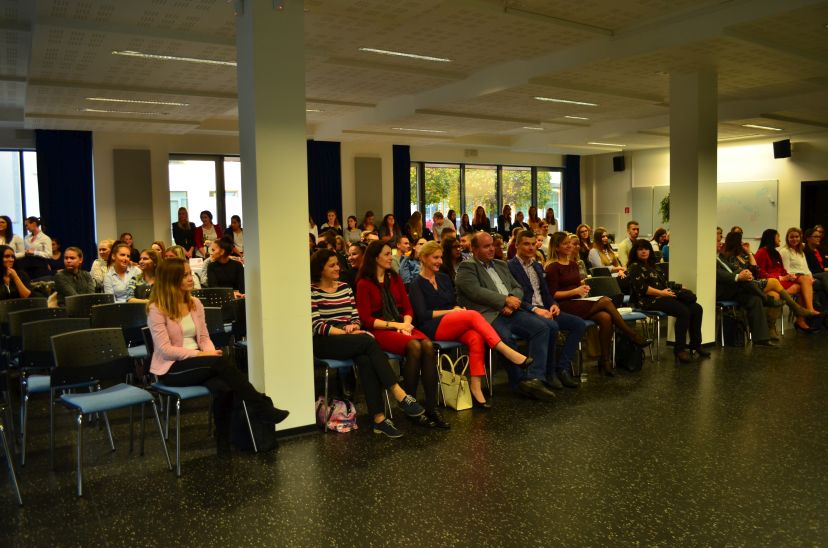 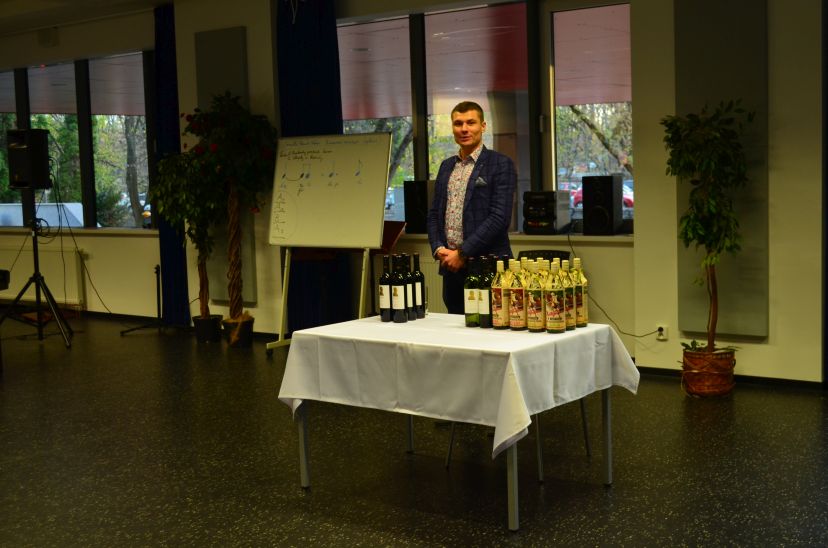 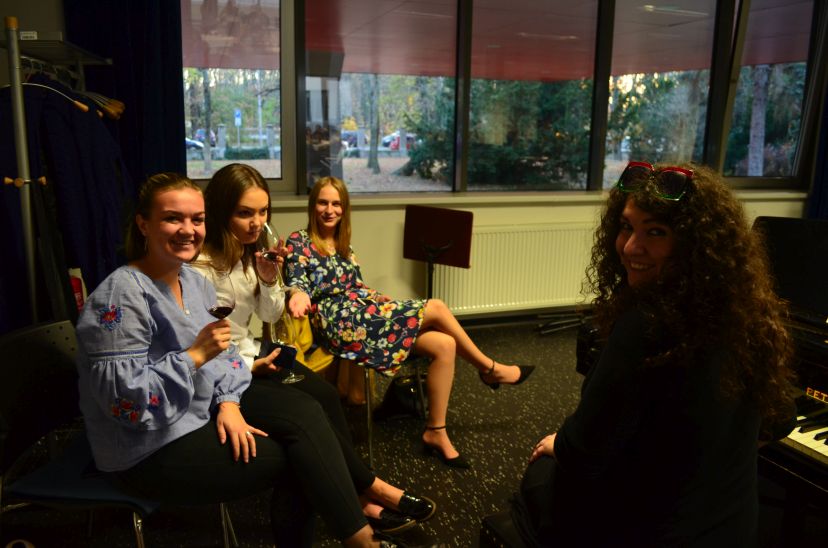 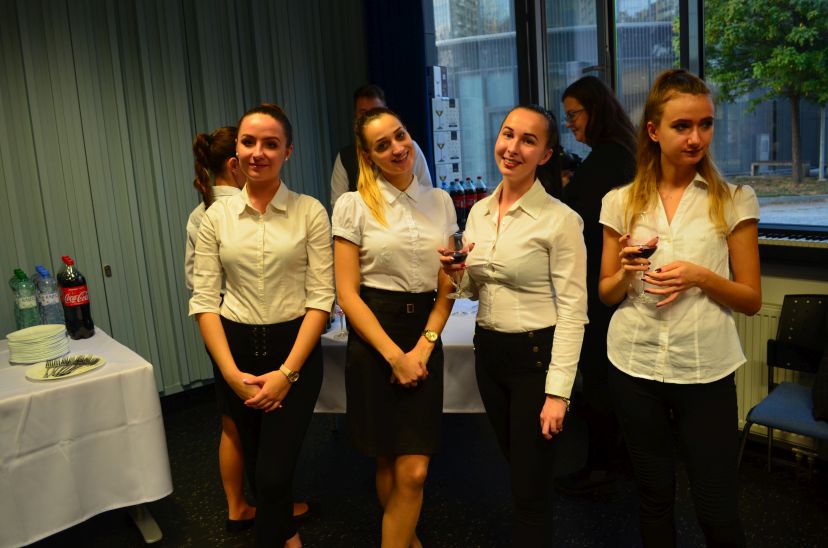