You are here: Home » Public and Media » All events on faculty » LYRA CHOCOLATE, or the lecture about the brown gold

LYRA CHOCOLATE, or the lecture about the brown gold

On 5 February 2019 within the Introductory Sommelier course we got the chance to attend a lecture about Lyra chocolate - also called as brown gold. We were more than happy that Mr. Karol Stýblo, who is a Master Chef Chocolatier and also the owner of the Lyra chocolate company, accepted the invitation.

At the beginning Mr. Stýblo introduced the Lyra chocolate company which was established in 2008. They produce chocolate manually using cocoa called Fino de Aroma, which they process on their own from the cultivation till the final cocoa product. We were told about the whole manufacturing process: starting from harvesting the cocoa beans till the production itself. Lyra chocolate produces various types of chocolate and their biggest cocoa bean supplier is Colombia – most specifically Casa Luker. Among the most important purchasers are Korea, Belgium, Poland, Germany and the Czech Republic.

We also had the opportunity to try Lyra chocolate, as Mr. Stýblo brought us some for degustation. We tasted two types of chocolate: one from Colombia and the other from Venezuela. The percentage of cocoa in both chocolates was 70% and by following the steps of degustation we managed to fully savour them using “all our senses”.

The lecture was very interesting and now we have a better idea about everything that is involved in the production of chocolate. Among all the new information, we also learnt that there is a so called degustation of chocolate in liquid form.

On behalf of all the 3rd grade students I would like to thank Mr. Karol Stýblo for the interesting lecture and his willingness to come and tell us a little bit more about the process of manufacturing and the degustation of chocolate. 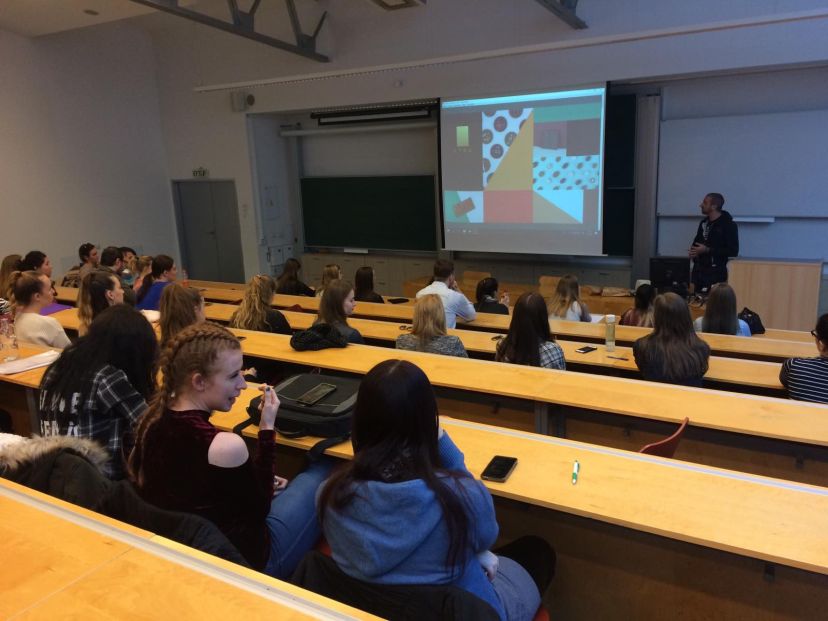 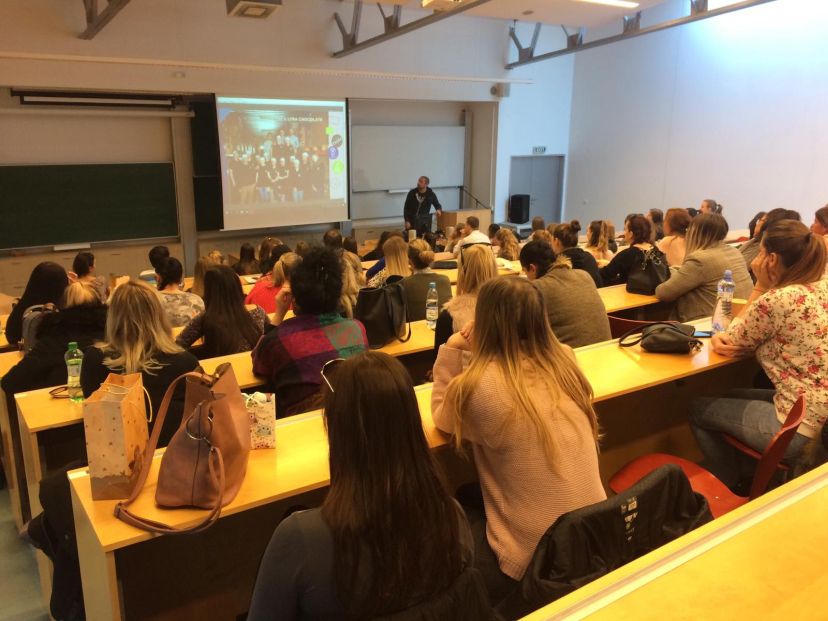 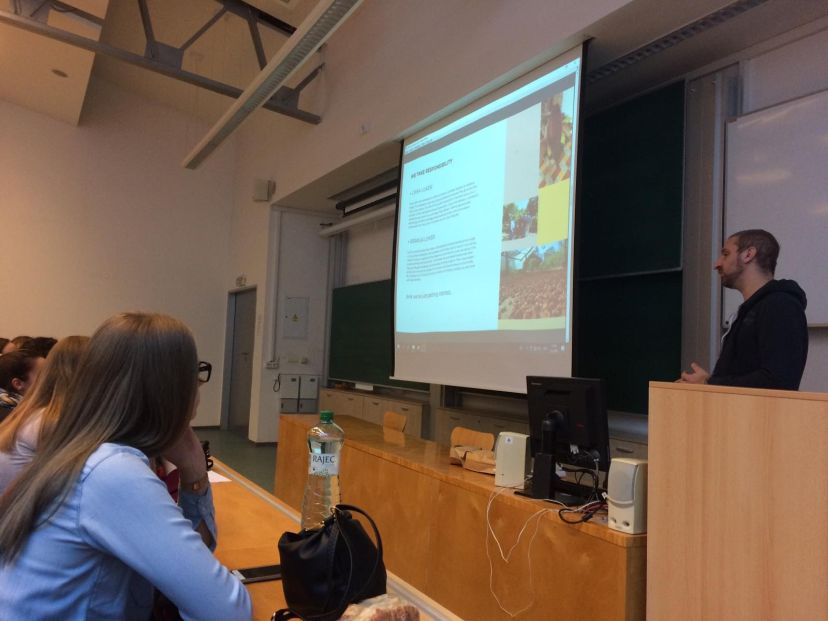 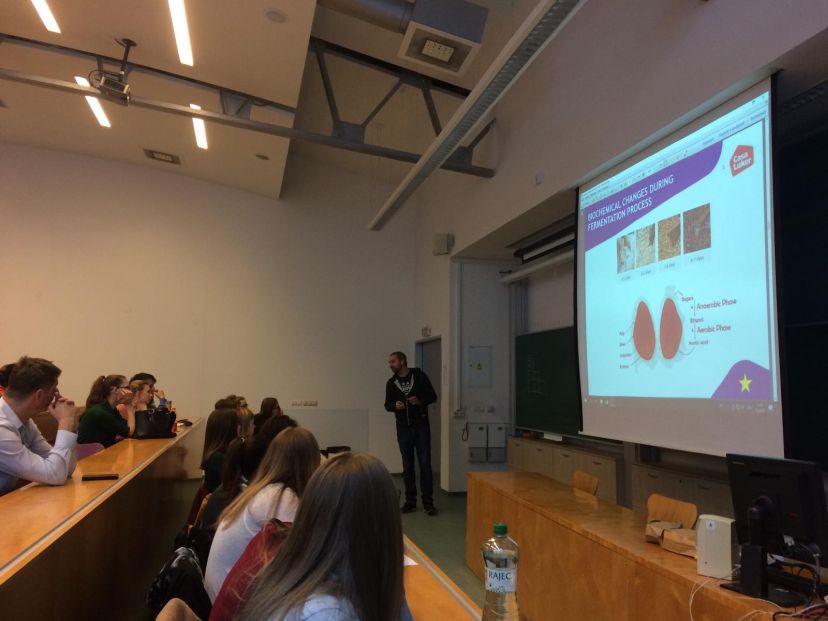 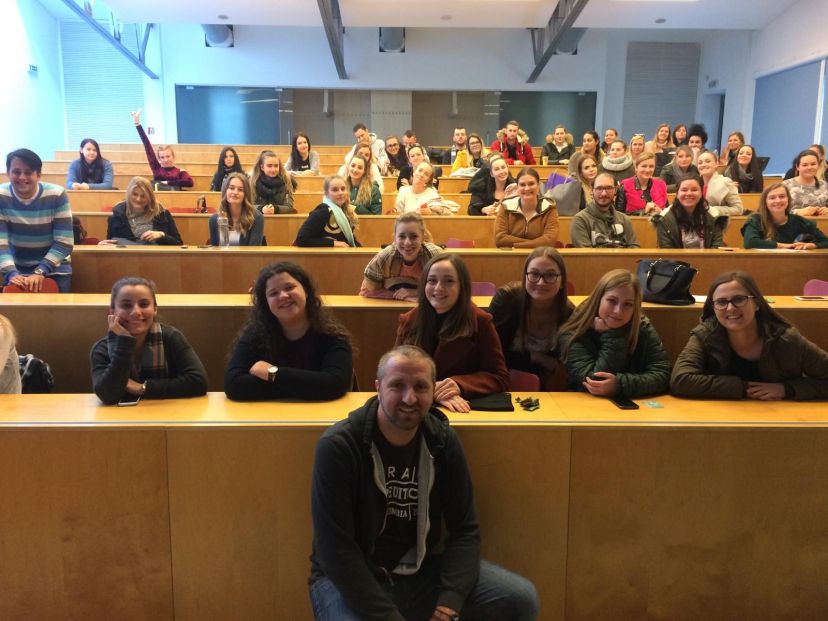