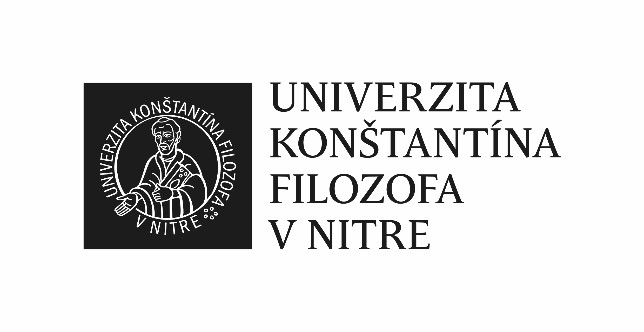 The scientific field in which the team operates: 2.1. 32 Foreign languages and cultures

Members of this science team are recognized authorties in semiotics, literary history, narratology and poetics, they took part in lecture stays at several universities and scientific institutions abroad (Berlin, Budapest, Debrecin, Warsaw, Tallin, Prague, Segedin, Vienna, Jyväskylä etc.) and they are systematically publishing their papers in both domestic and foreign science anthologies, year-books and magazines. Their high recognition in the field is proved by numerous appraisals, responses recorded in databases and memberships in world and European organizations.
Despite of other theoretical researches and critical evaluation work of classical, Central European and recent literature, definitions of literary concepts and categories of literary science, semiotics, relationship between literature and other forms of art, there are other research problems such as intertextuality and the phenomenon of postmodernism and its peculiarities in the context of Central Europe in the centre of their attention. Given that the phenomenon of Central Europeanism raises a number of sub-problems, thus also new methods of investigation and research of literary features appear, members of the research team applies not only the method of comparative literary studies and intercultural comparative studies, but areal studies, too. Just areal approach with an interdisciplinary overlap creates the opportunity to reveal a specific literary concept of Central Europe, complex processing of Central European interliterary relations, typological and areal context of issues of translation and also with regard to such sub literatures (Czech, Slovak, Polish and Hungarian) as references for children and youth and popular literature, as well as the systematization and confronting foreign research with research conducted within the V4 countries. It shall not be examined solely in literature, this research will also focus on the relationship with other kinds of art (film, architecture, painting, theater, etc.).
In terms of the development of Art-historical discourse these interpretations are challenging that are based on transnational and comparative analysis through using modern methodologies such as manuscriptology, so called ingressive literary history (M. Cornis-Pope, J. Neubauer). The results achieved by these methods are in the centre of published outputs of the science team. Their importance lies in the discovery of the complex system of relationships by the reception of inter- and multicultural aspects present in the work of art. Cognitive perception of cultural identity extends Art-scientific discourse by post-national view, and linguistically distinct reception literary-Art wording extends the range of interpretative possibilities. Interpretation of contact phenomena in the Central European literatures contributes in the region of Central Europe at the same time to strengthen the knowledge and the reinterpretation of the common traditions and history. Blending Slovak, Czech, Hungarian, Polish, Jewish, Roma traditions, re-popularization of regionalism, accenting common destiny as a Middle European research and multilingualism acquire in recent years a firm place in human science, they become a stimulus for the development of research members of our research line-up. Benefits of the research lies in this very timeliness of the reception of Central European literatures, research aimed at building forms a common Central European cultural and historical identity important to the ongoing European integration efforts, but also due to the importance of the scientific work of the individual members of the research team.